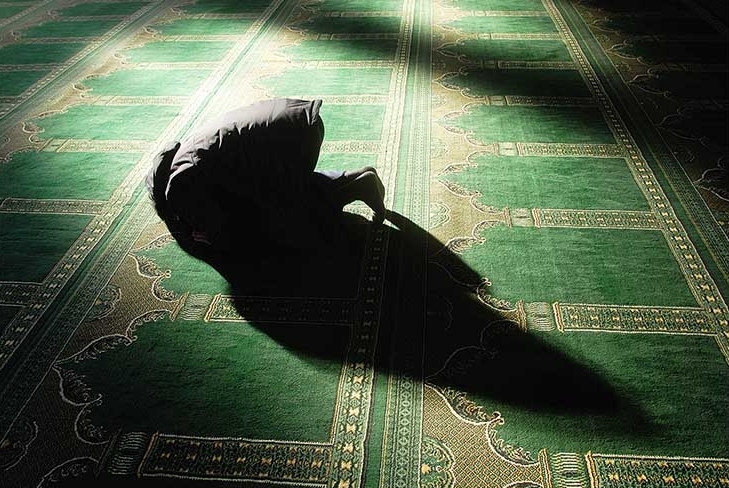 Almost every person in the modern world is involved in some basic worldly activity like earning a living, going to school, eating, sleeping, and socializing.  Naturally, we forget Allah and the obligations due to Him.  When we forget Allah, this life and its worries become the central occupation of the human mind.  Desires run wild.  A person begins to ‘chase his shadow’, something he can never catch.  For many, money becomes the sole goal of life.  The more you make, the more you spend, the more you want.

Allah has set times to break regularly from the daily chores of life for a few minutes and worship Him.  First thing in the morning before we begin our day, in the middle of the day, in the late afternoon, in the evening, and at night before we go to sleep.  When done with concentration and properly, it awakens and stimulates the soul.  A Muslim reminds himself that Allah is in charge of everything, he is Allah’s faithful servant, and Allah’s pleasure is His aim.  For a few minutes, five times a day, a Muslim leaves this world and meets  His Lord:

The prayers (salah) also makes a person God-conscious.  When a person prays five times a day, he becomes accustomed to feeling the presence of God and develops the sense that Allah is watching Him at all times.  He is never hidden from Allah, even when alone.  A sense of God-consciousness keeps the heart suspended between fear and hope.  Fear of Allah keeps a Muslim away from the prohibited and encourages him to do the obligatory; a mix of divine love and devout reverence that keeps him religiously observant. Regular performance of the prayers increases one’s awareness of Allah.

To err is human, and even the most pious of Muslims sin and need to repent.  We all need to constantly ask for Allah’s forgiveness and try our best not to repeat our mistakes.  Without regular contact with Allah, a person is unlikely to feel guilty for his sins and repent.  Sometimes if a person has not asked Allah to forgive him in a long time, he might become insensitive to sinning and may even forget that he fell into it, thus not even seeking forgiveness for it.  Certain prayers in the formal prayers (salah) reminds the Muslim of his sins and makes him seek forgiveness for them  This in turn causes Muslims to feel guilty for their sins and seek repentance as soon as they are committed. A Muslim learns to constantly seeks forgiveness for his sins and never feels too distant from his loving Lord.   The prayer places man directly before Allah seeking pardon for his short-comings.

The prayer itself is a means of erasing sins, albeit the lesser ones[1].

Messenger of Allah (peace and blessings of Allah be upon him) asked:

“What do you think if there was a river by the door of any one of you and he bathed in it five times a day, would there be any trace of dirt left on him?”

They (his companions)(may Allah be pleased with them) said, “No trace of dirt would be left on him.”

The Prophet (peace and blessings of Allah be upon him) said, “This is like the five daily prayers, through which Allah erases sin.” (Saheeh Al-Bukhari, Saheeh Muslim)

The prayer has the capacity to catalyze change for the better in people’s life.  The fact that we give up whatever we are doing and line up behind a prayer leader (called imam) five times a day in the mosque, or find room to pray in at work or school by ourselves, instills discipline in life. People join the army to learn discipline and everyone admires it.  Similarly, the prayer trains us to go through specific motions and utter special words at specific times. All the body parts are under control, obeying and worshipping Allah, and if this discipline is broken, the prayer may have to be repeated.

Islam recognizes that we are all different, so it allows flexibility in many cases.  The prayer leader (imam) should keep the prayer short.  Women are not required to attend the prayers in the mosque.  A sick person may pray sitting, and if unable, he may even pray laying down.  The discipline learned in the prayer is to be acquired in other aspects of one’s religious and mundane life as well.  Just as we should not look around when praying, we should control our eyes outside of the prayer not to fall on forbidden objects.  Just like we use our tongue to praise Allah, outside of the formal prayers we should not let it backbite or lie.  Just as our hands and feet perform controlled motions, outside of the prayers we should not use them to steal, buy or eat what is forbidden.  We should not walk towards the forbidden, but away from it.  This is the essence of which Allah tells us:

Calmness and Serenity by Developing Focus in the Prayers

A very important ingredient of the prayer is the state of calmness and tranquility coupled with humility achieved by deep concentration.  Allah says in the Quran:

“Successful indeed are the believers, those who humble themselves in their prayers.” (Quran 23:1-2)

The purpose of the prayer is not just to fulfill an empty ritual. For the prayer to be acceptable, it must be done with a passion. Learn the meaning of the Arabic words used in the prayer, focus on their meaning and whatever portions of Quran you will recite. Know that Allah responds to prayers and He is listening to you. Focus your eyes on the place of prostration, or shut them if something present causes you to be distracted and can not focus otherwise. By concentrating on the words of the prayer said in different postures, by raising one’s consciousness of being in front of Allah, by choosing a comfortable, clean place with no distractions, one can increase their presence of mind in the prayer. There will always be room to improve it.  Remove the clutter in the mind and focus on Allah’s blessings in life, feel your insignificance in front of the Magnificent Creator, feel guilty for your sins. It will help you reduce stress, worries, and anxiety. There is only so much our mind and body can take.  The prayer is relaxing and will help regain lost focus in life. The prayer is healing for the soul. But for your salah to  reach this state of concentration it requires patience, practice, and asking Allah for help. The postures of the prayer are important. For example, in prostration the believer is closest he can be to Allah, and thus he should feel this closeness and supplicate even more.

To reach a high level of concentration and humility in prayer requires constant work, and struggle.  There will be lows - but one should never give up the prayers (salah).  Remember!  It connects you to your Creator.  You don’t just pray while you feel it is working for you and easy to do. Frequently, a new Muslim is overcharged with zeal on accepting Islam, reading a lot, listening to tapes, surfing the web, talking to friends, but after some time they burn out. It is at that critical moment when the real test comes, one feels weak in faith and it is difficult to pray. Take some good advice for those times, and keep on praying.

"TAJUDDIN IS A SEA OF BENEFICENCE"